Sizzling sausages raise a staggering £250 for the school’s charity pot! It was a great pleasure to welcome back to Garsons Titchfield two green-fingered pupils of Wicor Primary School who were presented with a cheque for £250 from Billy Owton of Owton’s butchers.

The staggering £250 has been raised from the profit made from the sale of the very successful Wicor Jack sausage which is made by Owton’s using an ingredient foraged from the school grounds – a wild herb called Jack by the Hedge, or Hedge Garlic.

Headteacher Mark Wildman said “We are delighted to have a working partnership with Owton’s who have very generously agreed to give us commission on the sale of our joint sausage creation, Wicor Jack. The funds go into our charity pot and, as we are developing a working relationship with the Hampshire and Isle of Wight Wildlife Trust, this will be passed on to support the excellent work they do. Staff and volunteers from the HIOWWT are working alongside staff at Wicor to help children learn about the natural history in our grounds and wider locality.” 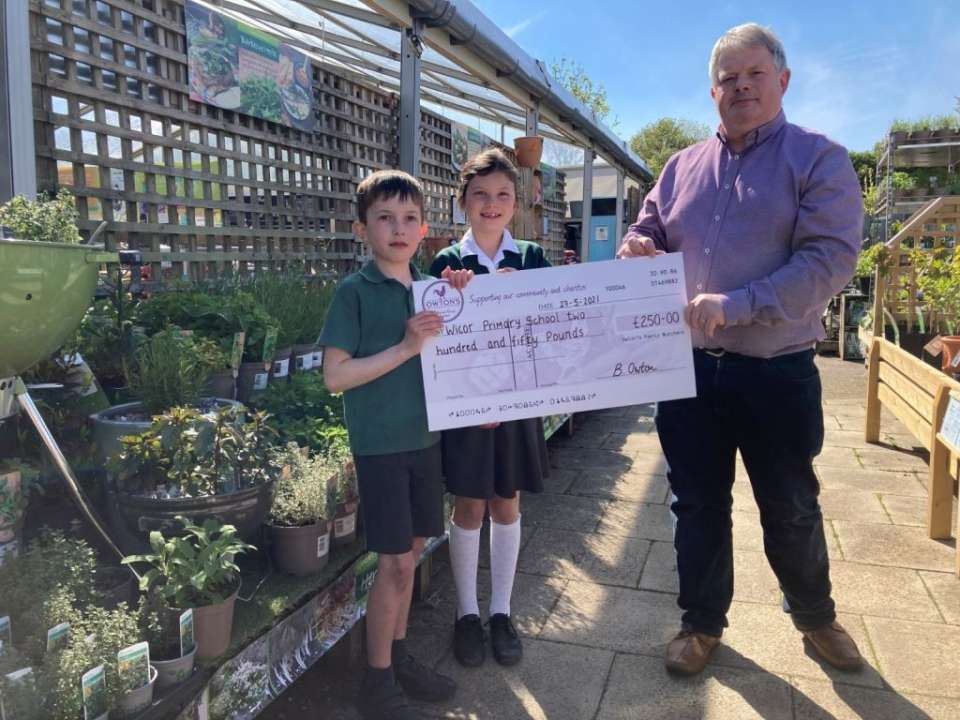 Visit the Farm Shop at Titchfield

The Wicor Jack Sausage is available from the Owton’s butchery counter in Garsons Titchfield Farm Shop, and for every kilo pack sold £2 will go to the school’s charity pot.

Hardy plants for your garden

We show you six of our favourite hardy plants to grow in your garden.

Garsons is proud to have actively supported Wicor Primary School under the Growing with Schools scheme for over 10 years.

These top 5 best plants for scent will ensure your garden is full of fragrance throughout the year and your senses are fulfilled with the gorgeous aroma of nature.

6 ways to attract wildlife to your garden

We’ve put together 6 top tips to help you attract more wildlife to your garden.