Plant of the Month: May

Tags:
Plant of the Month

Our Plants of the Month are alpines, which are some of the most charming plants you can grow. Their pretty displays are hardy and low maintenance.

Alpines are best known as rockery plants but they’re ideal to grow in containers and small gardens. They’re typically low growing with delicate foliage and look good at the front of your garden borders where you can appreciate them.

Now is a great time to plant alpines such as Aubretia and Saxifraga, which are just coming in to flower. There are lots of Aubretia varieties available now, including a range with variegated leaves. It enjoys a non-acid soil and looks lovely from April to June when displaying its pretty mass of purple flowers over a rock, a low wall or tumbling out from a pot or hanging basket. If you cut it back soon after flowering it may give a second flush later in the summer.

The Saxifrage is a more compact plant, with lots of dainty colourful flowers on stems from its clump-like mass of neatly shaped foliage. It likes a well-drained soil with a shady aspect and flowers from late April to July. Arabis and phlox are another two popular spring alpines. They start to flower soon after the Anemone blanda has finished. The phlox gives a lovely burst of late spring pastel colour.

Because alpines are from mountain regions, they tend to be hardy and can tolerate cold winters. However they don’t like standing in cold, wet soil, so when planting, good drainage is essential. They can cope with some rain, and will need watering during their first season and in hot conditions. Be sure to plant them in well-drained soil or compost. If growing them in a container, ensure it has adequate holes for drainage. Most alpines like a neutral or slightly alkaline soil. Mix in lots of horticultural grit, and you can also get an alpine mix of compost that’s grittier than usual.

Plant alpines as part of your summer garden display. They look gorgeous and don’t need a lot of attention, giving you more time to enjoy the garden. Garsons Card holders benefit from 20% off our plant of the month, so choose an assortment of alpines in May. 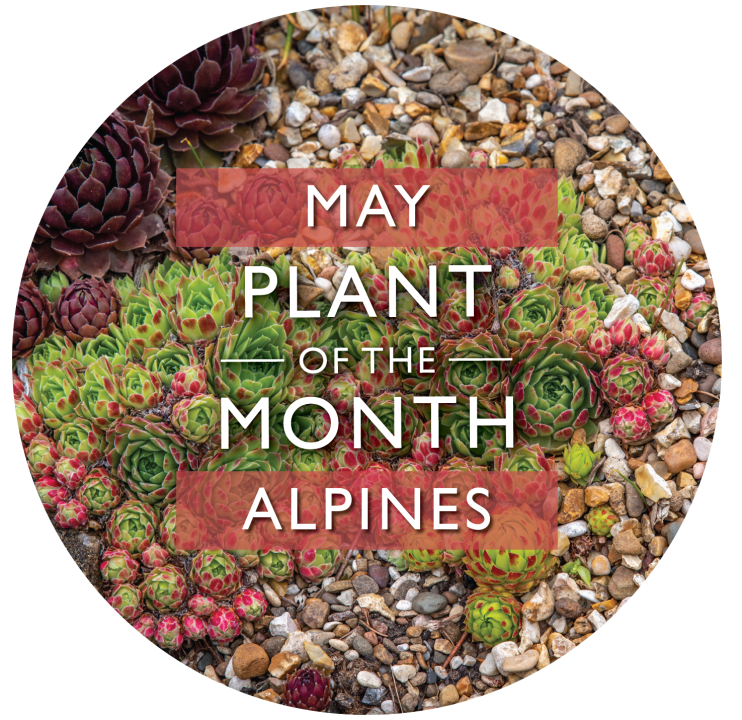 By planting pollinator-friendly flowers, you can create a beautiful and beneficial garden

How to improve drainage in your lawn

If you wonder how to improve drainage in your lawn, you’ll be pleased to know there are some ways that you can help the squelchy yard under your feet!

A beginner’s guide to growing vegetables

If you’re new to vegetable growing, here are some tips to get you started.

Best flowers to grow in a hanging basket

We have picked our top ten flowers to succeed in hanging baskets with a few surprises. Discover them now!